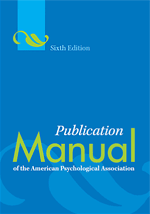 APA format was created in 1929 by a group of psychologists, anthropologists, and business managers. The main goal was to “establish a simple set of procedures, or style rules, that would codify the many components of scientific writing to increase the ease of reading comprehension.”

General Format of Your APA Paper:

HOW TO SETUP YOUR SOFTWARE